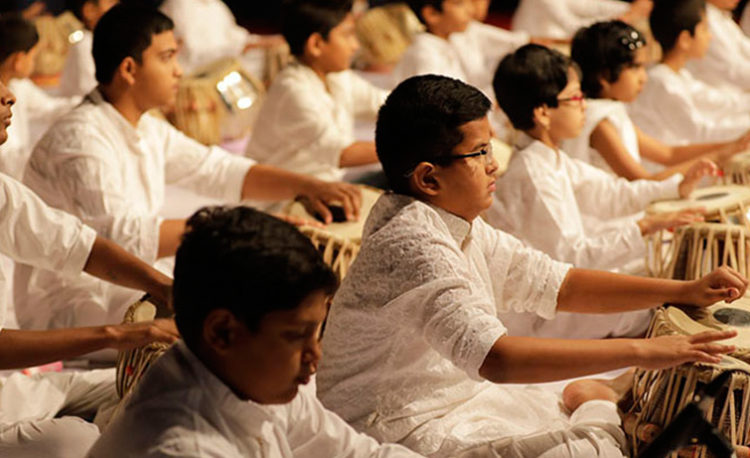 Tabla has enjoyed an indisputable role in Indian classical music since as long as memory sustains. Tabla is a percussion instrument made from wood/metal and animal skin originating from India. It is a pair of drums which consists of a small right hand drum called Dayan and a larger metal one called bayan. It is the most commonly played drum set in North Indian music. Most frequently it is used to accompany vocal and instrumental music and dance; whereas its primary function is to control rhythm and tempo of musical notes being played. When Tabla is played as a main instrument, another ‘note’ instrument (such as Harmonium), is used to control the performance’s rhythm and tempo.

The tabla takes its name from the word tabl of Arabic origin. The general meaning of the term tabl is an instrument facing upwards, with a flat surface.

Tabla can be used to provide three components of any Indian Classical Composition:

In Indian classical music Tabla is a standard accompaniment instrument used for giving a Taal and Laya to the composition.

Understanding the importance of Tabla in classical music, we at MBMMC strive to make our students master this instrument. We provide Visharad degree in Tabla to our students under the Bhatkhande Sangit Vidyapith, Luknow.

We provide 8 years Tabla course to our students in two levels. Four courses are for preliminary level and the other four are for Secondary level.

Annual examinations of the Tabla classes are conducted under the Bhatkhande Sangit Vidyapith (BSV), Lucknow. After completion of all the levels the Visharad degree is conferred upon the student from BSV, Lucknow.

Our academic session starts from March of every year to February in the next year and is subject to change only under unavoidable circumstances. For this session, classes have already commenced from March, 2019.

For the current session, the examinations of preliminary classes will be held in the month of February, 2020. The college authority will declare the results of the same on the last week of February.

Tentative times for tabla examinations of secondary classes for this session are:

Thanks for contacting us! We will be in touch with you shortly.